(Bloomberg) — For many Americans, the sudden burst of inflation that has rocked the economy has been disorienting.

Anatomy of a Bad Road

The 15 Best Beers We Drank This Year

Consumer prices had been so stable for so long in the U.S. that the population finds itself a little rusty on basic inflationary-era tactics.

So for some advice, we turned to people who have become experts in the art of surviving runaway inflation: Argentines. Walk around Buenos Aires and you’ll hear conversations — between 18-year-old college students, 90-year-old retirees and everyone in between — about currency exchange rates, soaring prices and strategies for coping.

Of course, the 50% inflation they deal with in a typical year in Argentina — the product of decades of policy missteps that have destroyed confidence in the central bank — is far higher than the 6.8% rate that Americans are enduring. But many of the principles that shape the day-to-day habits of Argentine workers, consumers and savers are still broadly applicable in the U.S. today.

Here are the Do’s and Don’ts they offered up, for however long the inflation fever lasts.

Spend Your Paycheck Right Away

In a high-inflation economy, money that sits in the bank is losing value. Each day, those $100 on deposit buy a little bit less. As a result, many Argentines spend their paychecks as soon as they receive them, carting away weeks worth of groceries in a single shopping trip, even if some of it — excess meat, chicken, fish — will sit in the freezer for months.

The practical application of this technique in the U.S., where inflation isn’t quite high enough to warrant such a mad pay-day dash, is to expedite plans to buy big-ticket items — appliances, bicycles, furniture. If you have the money to pay for that sofa now, do it.

“Don’t leave your money resting under the couch,” says Federico Pieri, 30, who works in sales in Buenos Aires. “That’s the worst thing you can do.”

And don’t hesitate to borrow money to finance some of those big purchases. If you can get a loan at a rate below inflation — something that’s possible for many Americans today — go for it. Inflation will make it easier to repay the loan in coming months and years.

It’s just like they teach in economic textbooks, says Fernando Iglesias Molli, a coffee shop owner: “Take out money at very low rates. I put myself in debt to buy the best equipment and create business opportunities.”

Negotiate a Pay Raise — or Two

It’s important to remember, Argentines say, that those old 2% wage increases you were getting each year no longer suffice. Any increase in your paycheck that’s less than the 6.8% inflation rate is effectively a pay cut. Your real wage, as economists call it, is declining.

Argentina’s labor unions and companies negotiate annual pay raises for workers that factor in expected inflation. When prices rise more than anticipated, those agreements often get ripped up, and the two sides go back to the negotiating table to iron out new terms. It’s a powerful tool that American workers can take inspiration from, albeit one that would create angst for policy makers trying to prevent a wage-price spiral.

There are few good options for savers in a high-inflation economy. One of Argentines’ favorite saving tricks — converting peso savings into dollars — doesn’t work in the U.S., of course. Cryptocurrencies are another favorite, but many Americans already discovered those long ago, too.

Then there’s inflation-linked debt. Argentine bond investors are so scarred by years of surging consumer prices that they insist the government sell it securities whose value rises in lockstep with the consumer price index. Those bonds make up almost 50% of the local debt market.

In the U.S., they account for less than 10% of the overall market. Demand for them is picking up, though, including among mom-and-pop investors, who have begun to pile into the retail version of the securities.

“Try to invest in something that can at least correlate with inflation,” Pieri says.

Another age-old hedge against inflation is real-estate, which tends to increase in value over time. Cars are also a popular savings investment among some Argentines. That option may seem a bit odd in a country like the U.S. where cars tend to depreciate in value rapidly, but the short supply of automobiles around the world has recently changed that dynamic.

“Buy things,” says Marcos Lalanne, a 29-year-old lawyer. “There are things that will keep their value with inflation.”

And for those Americans really frustrated by surging prices, Lalanne offers one more piece of advice: “Come to Argentina to spend your dollars. Here you are very rich.”

From the Great Resignation to Lying Flat, Workers Are Opting Out

The Fall of a Russian Cyberexecutive Who Went Against the Kremlin

How easy is it to mine cryptocurrency?

How to Make Early Retirement a Reality 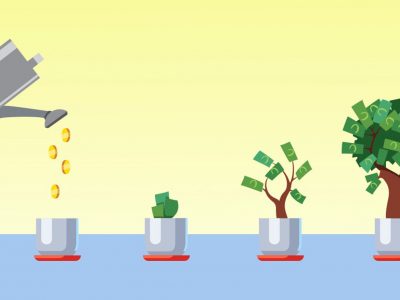